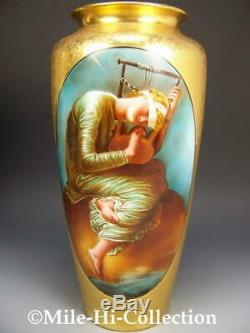 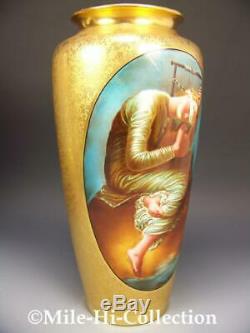 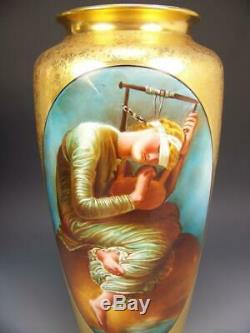 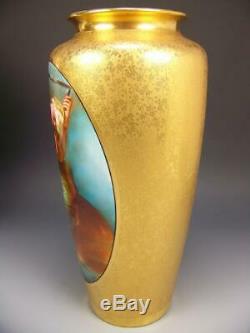 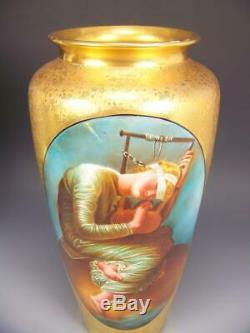 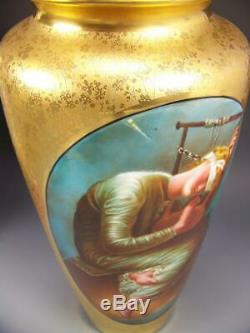 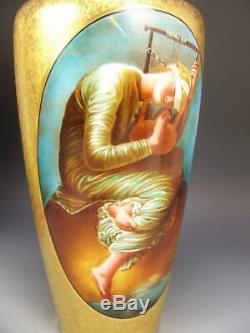 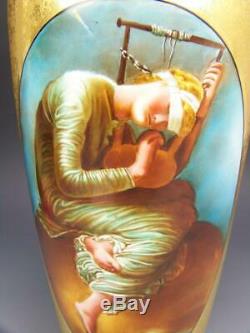 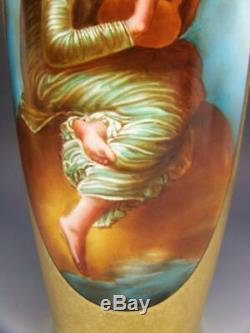 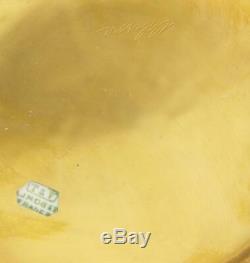 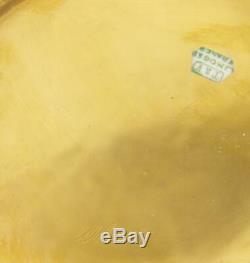 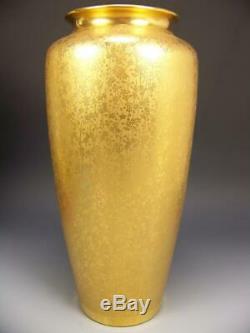 Be used for almost all destinations around the wo. United Arab Emirates (UAE), London-UK. LIMITED NUMBER of countries within the European Union.

Package value/size/weight meet the requirements for this service. Please excuse any glare in the pictures. The hand painted artistry is done after George Frederic Watts' original oil painting titled. Which was painted in 1886. The painting depicts a female allegorical figure of Hope. Is traditionally identifiable through the attribute of an anchor, but Watts took a more original approach. In his painting, she is depicted sitting on a globe, blindfolded, clutching a wooden lyre with only one string left intact. She sits in a hunched position, with her head leaning towards the instrument, perhaps so she can hear the faint music she can make with the sole remaining string.

According to Watts, Hope need not mean expectancy. It suggests here rather the music which can come from the remaining chord. Hope inspired a scene from a 1922 film of the same name by Herbert Blaché and Lejaren à Hiller, featuring Mary Astor as Hope. It has been suggested as an influence on Picasso's early Blue Period paintings, especially the hunched musician in The Old Guitarist. Nelson Mandela reportedly had a print of the painting on the wall of his prison cell on Robben Island.

After Egypt was defeated by Israel during the Six-Day War the Egyptian government issued copies of it to its troops. The painting was the subject of a lecture by Dr Frederick G. Sampson in Richmond, Virginia, in the late 1980s, who described it as a study in contradictions. The lecture was attended by Jeremiah Wright and inspired him to give a sermon in 1990 on the subject of Hope - with her clothes in rags, her body scarred and bruised and bleeding, her harp all but destroyed and with only one string left, she had the audacity to make music and praise God...

To take the one string you have left and to have the audacity to hope... That's the real word God will have us hear from this passage and from Watt's painting. Gorgeous tall vase with hard-to-find painting on floral encrusted all-over gold background.

In great shape with NO chips, cracks, repairs. These pieces of art have been our joy as well as investments, so will they be for our buyers. We have traveled great distances over many years (and still do). We have to pay high prices and related costs in order to acquire these high quality items. We work very hard to keep our customers happy.

Please kindly inform me if that is the case. If offered & on selected items only.

Applies to the contiguous US only. DEPENDING ON PACKAGE VALUE/SIZE/WEIGHT AND DESTINATION COUNTRY, a. Vailable services for international packages include. Due to TRANSIT SAFETY concerns.

WATTS" is in sale since Thursday, September 17, 2020. This item is in the category "Pottery & Glass\Pottery & China\China & Dinnerware\Pickard". The seller is "mile-hi-collection" and is located in Aurora, Colorado. This item can be shipped worldwide.